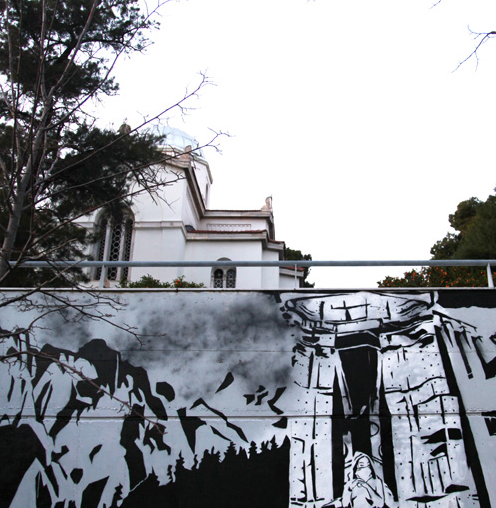 During the crisis in Greece and Europe, I’ve been thinking about my part – as a person and as a resident of an EU country … and tried to write a few thoughts.

I salute my colleagues in Greece for their personal and political work, all they do for their communities and to contribute to forging new directions for us in Europe and internationally.

I heard the accusations that Greece simply didn’t hold itself accountable for its debts. I heard moral judgments that Greeks are lazy. I see the poorest people in Greece and elsewhere suffering from austerity measures and those fighting on their behalf feeling humiliated.

What does it mean to hold oneself accountable to one’s debts? I think of my financial privileges, living in a relatively thriving economy in this world with so much poverty. And I look at my personal life, age 60, and think of those whom I’m indebted to (for their belief in me, their kindness, their hand) and whom I can never repay.

At a political level, when Germany demands accountability from Greece with a moral tone, I wonder if Germany’s leaders think about their privileges and how they got them? My first question was… Hey wait a moment…don’t they remember how the ‘Marshall Plan’ infused Germany’s devastated society after World War II when Germany didn’t have a grain of moral ground to stand on? Does Germany consider itself accountable for its role in helping to forge a safer and more humane future for Europe? And globally? Yes, especially after its deplorable history in relation to all of Europe, Greece, and humanity.

I don’t say this to rake Germany over the coals of its past. Germany has tried to hold itself accountable for its history more than most countries. I’m trying to orient, find a sense of history and context, and some sense of responsibility for our shared future.

Recently because of our research at CFOR concerning EU’s role in exacerbating or preventing international conflict, I took time to read about the extraordinary history of the European Union. The original vision and purpose of the EU was to shape a future in which we could prevent the repeat of the unspeakable horrors of World War I and World War II. This included keeping any single nation’s dominance in check. A shared economy was conceived of as one pathway to support peace, relationships among us, and a shared future.

But a debt is a debt. And economic dynamics can’t be confused with pie in the sky notions of peace and relationship? Or can they? If we enter into a Union as independent countries, and if we enter an economic union, in which some countries are richer and some are poorer, don’t we all carry responsibility to face the inherent problems.

What strategies will facilitate solutions rather than exacerbate inequities and conflict within Europe, and in our international relations? In honour of the contributions of Jacques Delors on his 90th birthday, President Hollande spoke of the dream behind the European Union, and described Delor’s call for “solidarity and responsibility”. https://bit.ly/1KeyUyg

When the topic of accountability comes up, while it is sometimes straight forward, it is often complex with entangled, overlapping perspectives and layers of history. And we are usually each limited inside our own angle, and feel convinced. So, it is risky to even go into the topic, but how can we not?

A call for Greece to assume responsibility would have had a different meaning if accompanied with a feeling of solidarity and a dash of humility – While Germany may have identified as seeking solutions in support of Greece and Europe, their style of demand did not give any respect for the political momentum in Greece, nor did it come with a sense of working together on our shared problems and shared future within Europe and globally.

If we look at how we are building our future together, we share many issues. One example is migration. While some European countries have an influx of immigrants, others close their borders. Where’s our solidarity in Europe? And with those fleeing the violence in their home countries? What is our part in taking accountability for the causes of the violence they flee? How and when must we draw a line? Who takes responsibility for saying yes or no at our doors? While lots of discussion and work is going on around these issues, so much is needed to begin to assume responsibility together.

It’s in the nature of privilege that it can feel next to impossible to grapple with your own responsibility, even while demanding responsibility from others. Most will recognise this dynamic in your own personal relationships – at least you notice how your partner does it to you! And as whole societies, it is in our nature to blot out the parts of history that are too difficult to look at, in order to conceive of ourselves as the good guys. While we are talking about debts in Europe – it might be a moment to not lose our memory about exploitation, slavery, the history of colonialism, and how this story is perpetuated.

In Greece, its been painful that the calls for responsibility were not matched with solidarity, yet it’s been moving to witness the solidarity that emerged in social movements and among government and organisational leaders – within Greece and among those around Europe – who came out to say, “We are all Greek!”

For that matter, “We are also all German” calling for responsibility from others, and hopefully also from ourselves.

mural at rizazi park close to syntagma square in athens.
photo via www.olgaalexopoulou.com