The ‘Seanchaí’ Project: The Storytelling History of the Island of Ireland Continue 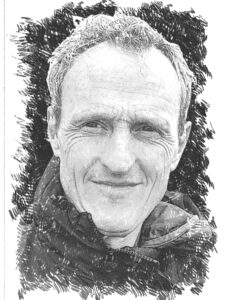 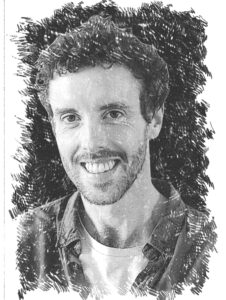 Paul and Pádraig are coordinating and facilitating community dialogue interventions in England, about the history between Ireland, Northern Ireland and England and its ongoing impact.

“There’s a huge amount of unprocessed history and trauma and untold stories amongst Irish people and subsequent generations. Our hope is that this project will make a contribution to redressing this.”

Coordinated with the Irish Centres in London, the idea is to have facilitated group-based conversations about different aspects of the ‘Irish Experience’. It is for participants who feel a connection to the theme of a particular forum. Themes may include the following:  Emigrating to England; Being Irish in England; The Influence of the Catholic Church on Irish People; the Troubles in Northern Ireland, and the Republic of Ireland and England; What about a United Ireland?; Diversity- Different ways of being Irish; Being Irish and facing issues of racism; and more. One of the largest groups of participants may be the Generation of older Irish people who emigrated to London in the past and are now in their 70’s and 80’s. The forums are envisioned as an opportunity for different generations to interact, witness, listen and share, bringing different strands of Irishness together. Parts of this vital conversation, with permission, will also be filmed.

In the spirit of ‘Deep Democracy’, one of the important aspects of this project will be welcoming all sides and voices to the table; and avoiding a dynamic repeating itself whereby one group ends up taking responsibility for very complex shared issues. This has not always happened in the past. For instance, the multifaceted history shared between Northern Ireland, the Republic of Ireland and England has often been viewed as ‘Northern Ireland’s problem’ rather than belonging to all of ‘us’ (Northern Ireland, Republic or Ireland and England).

The spirit of the ‘Seanchaí’ will underpin all of the above. The Seanchaithe (plural) were custodians of history and culture on the Island of Ireland for many centuries. They were highly valued members of society and dealt with legal issues, literature and genealogy; and more laterally with a focus on circulating Irish folklore, myth and legend.

Paul and Pádraig meet regularly to continue with the next stages of this work following its initial development as part of the CFOR ‘Facilitating Our Future Series’.

The personal and teamwork done in preparation for that series will be central in guiding the project development and facilitation within the next stages. While this work may begin its life in London, there’s potential to expand it, in time, to other areas of England and the UK, such as Liverpool, Birmingham and Manchester.

The facilitation follows Mindell’s (1995; 2014) WorldWork approach to working with people in groups, as has been used in other parts of the world that have been heavily affected by war and conflict. These include Rwanda and the Balkans (Audergon, 2004, 2005, 2006, 2008; Audergon & Ayre, 2005; Audergon & Audergon, 2017). They also intend to integrate an integrative, interdisciplinary, and pluralistic perspective (Norcross & Goldfried, 2005; Boix Mansilla, 2010; Teo, 2010), incorporating learnings from other fields, including Person-Centred Therapy (Rogers, 1957), Group Psychotherapy (Yalom & Leszcz, 2005) and Existential Psychotherapy (Yalom, 1980).

This Report was also submitted to Inside Out (IO) and Psychotherapy and Politics International (PPI).

About Paul and Pádraig

Paul grew up in the northwest of Ireland but has spent most of his adult life in the Basque Country and in London, where he now lives. His background is in education where he focussed on developing generative and integral models using critical and reflective practices. He currently mentors and supports Unaccompanied Asylum-Seeking Minors. Paul is continuously engaged in learning and development within the field of Process Orientated Psychology, working in private practice with individuals, couples, and organisations. He has a deep interest in the Irish experience, how we live it and how it lives in us.

Pádraig is a Clinical Psychologist in the NHS and member of the Research Society of Process Oriented Psychology United Kingdom (RSPOPUK). He has worked at the National Suicide Research Foundation in Ireland and in Adult Mental Health and Clinical Health Psychology in Ireland and England. Pádraig has an interest in how social, political, and economic issues arise within individual psychotherapy and individual psychotherapy within the processing of world issues. One such area is the relationship between Ireland and England and how it arises at an individual, systemic and societal level.

Upcoming and past events

Find out more in the flyer here.