Far In Far Out: Turkey – On the power of dreaming in authoritarian nightmares 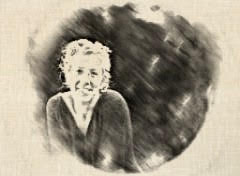 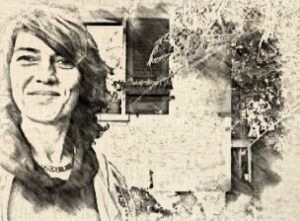 This research is a journey based on the friendship of two women from Turkey who are training to facilitate the world through the paradigm of processwork. The seeds of this project were planted during the 2017 Processwork and CFOR Intensive taught and facilitated by Arlene Audergon and Jean-Claude Audergon, at a time of serious regressions in democratic rights and intense political oppression in Turkey.

As a team of researchers, Serra and Çağla are interested in collective trauma through the lived experiences of minority citizens and political opponents in Turkey, as well as the lived experiences of their abusers.  They are interested in particular moments in the history of modern Turkey where the goods, lands, spaces of worship and community, languages and culture, or simply the bare lives of certain individuals and groups were appropriated and/or destroyed, as they were forcefully expelled from their own lives.  Their work is grounded in their awareness of the signs and impacts of intergenerational trauma, and the realities of forced displacement, incarceration, exile, fugitivity and survival.

In this research, Serra and Çağla work with their own and their community members’ individual and intimate experiences of the world and political violence.  Their relationship is one of the main channels through which they process individual and collective trauma and engage in conflicts through different channels of dreaming to explore forms of affective solidarity, and deep democracy. They work through/with their own respective national, cultural, religious and political identities, as well as their differences, their privileges, their dreams and nightmares, their body symptoms, altered states and body practices.

As a matter of urgency and necessity, they are interested in different forms of individual and collective power in regimes of oppression. They believe that community dialogue plays a key role in developing and sharing skills to stay present in our world, connecting and amplifying already existing threads of dreaming and alliances in the field, as they train to stand for themselves and others, unfolding and revealing new possibilities.

The design and dreaming of this research and community dialogue, including the outreach to participants will include people who feel the intensifying pressures of life within /outside Turkey and whose work and dreaming have so far contributed to visions of equality, justice and diversity of ecosystems, with different forms of anti-violent practice and narratives. This research takes place under the supervision of Arlene Audergon, and will be inspired by many other processworkers who have worked on political oppression, ecology of mind, and peace processes around the world.

About Serra and Çağla

Serra is a trainee facilitator and psychotherapist with Processwork UK. Her practice is mainly informed by her experience in and love for unfolding processes of creativity and leadership in individuals, communities and organisations.

Her studies and work experience in process-oriented psychotherapy, politics, arts & culture and history have focused on forms of belonging and opposition; intergenerational and collective trauma; minority cultures; feminist and nature based views of relating; experiences of displacement, and creative forms of resilience.

In her former life in Istanbul, Serra co-founded and acted for 18 years as director of !f istanbul Film Festival, an interdisciplinary international arts event, a community of support for alternative filmmakers, and a platform for free expression and diversity in Turkey. She is also a board member for Anadolu Kultur, an arts and culture organisation that works for equality and intercultural dialogue. Like many others in Turkey, both spaces have been hard hit by ruptures and political oppression which eventually led to her exile.

In her work as a cultural worker and organiser, Serra has worked extensively with artists, communities and minority groups building networks of  project-based alliances; helping develop resilience and competence; mutualization of resources, and grassroots organising around issues of environment, LGBTQI+ identities, and intercultural dialogue.

Since she left Turkey in 2018, she lives and works part time in a permaculture and reforestation community in the south of Spain; applying her skills in sociocracy and process facilitation in the co-creation of a vision for a regenerative land-based project. She also still works as a producer, filmmaker and curator in cinema.

Çağla is a trainee facilitator and worldworker with the Processwork UK school. She is a university professor, a facilitator, a political activist, and a learner. As a worldworker, she practices conflict facilitation with individuals, institutions, and social movements; she trusts the intelligence and the power that emerge from conflicts as transformative forces in a world in need of change.

In her facilitation practice, she enjoys exploring the affective and healing dimensions of politics, creative processes, altered states of consciousness, addictions.  She works with chronic bodily symptoms, dreams, sounds, and political tensions within individuals and collectives. She is interested in feeding the internal fire that keeps us alive, and training muscle and voice for bodily and intellectual self-defence and alliance building through friendships and affinities.

Çağla holds a PhD in sociology and has been teaching in various universities in Turkey, France, and Switzerland since 2010. She teaches classes in gender studies, cultural and political theory, research methodologies, and practice based art research. She is interested in affects and politics, nationalisms and racisms, identities and belonging, migration and nomadism, ecology and gender. Her work is grounded in minority knowledge production and transmission. She makes use of critical theory, feminist theory and practice, and radical pedagogies.

She works in French, English and Turkish, and practices activist translation and is a certified yoga teacher. Since 2016, she set her base in Geneva, Switzerland, after leaving Turkey for political reasons related to the regressions in the peace process in Turkey and the movement of the Academics for Peace. She is familiar with the realities of exile and individual and collective trauma, and is trained in feminist, anti-racist, and queer world-makings.