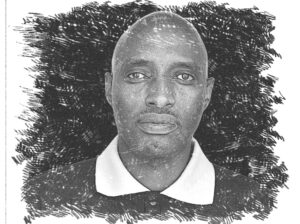 During one of our visits to Rwanda as part of the GER-CFOR programme, we held a forum for women only. Initiated by a couple women participants, they wanted to gather in facilitated dialogue to talk about their experiences of sexual violence during the 1994 Genocide against Tutsi. Over the years, Gimu, a board member of GER, who has attended our forum and training activities, expressed a strong interest in building awareness around gender issues among men, particularly in relation to ongoing domestic violence and the legacy of rape as a tactic of violence during the genocide.

Gimu is dedicated to bringing awareness to issues of gender diversity and attitudes around masculinity that perpetuate violence. He believes that bringing awareness, and facilitating conversations about gender among youth is an essential part of the process of reconciliation and violence prevention for the future.

The project includes training; facilitating in-depth dialogue on sensitive ‘hot spots’ linked to issues of gender; mentoring and monitoring participants’ community projects; documenting their experiences; and bringing the learning from the programme into the wider society, to local authorities, national government, security, religious leaders and media. The project will include participants from six Districts.

In respect to gender awareness, Rwanda is more advanced than most countries when it comes to policy and representation of women in government. Yet – as is true everywhere –the reality of everyday life is often different than policy. Many women suffer deep-seated trauma from the widespread rape during the genocide, as well as ongoing domestic violence. Gimu points out that issues of gender have largely been missing from processes of reconciliation.

Gimu is dedicated to the process of exploring his own personal and professional development as a facilitator, to be able to work with such difficult and sensitive themes.

With a Bachelor’s Degree in Public Health and an Advanced Diploma in Nursing, I have 20 year of professional experience with expertise in gender and development, women’s empowerment, positive masculinities promotion, Sexual and reproductive Health and Rights (SRHR) activism, I am well skilled in prevention of violence against women-VAW, conflict management, and HIV/AIDS programs.

During my professional experience, I worked with diverse categories of communities including; refugees, sex workers, cross-border truckers, fishers and fish sellers, orphans and vulnerable children, teen mothers and fathers and people living with HIV/AIDS. I am also experienced in working with different structures; women, youth (in and out of schools) and local government structures in rural and urban areas through local and international organizations.