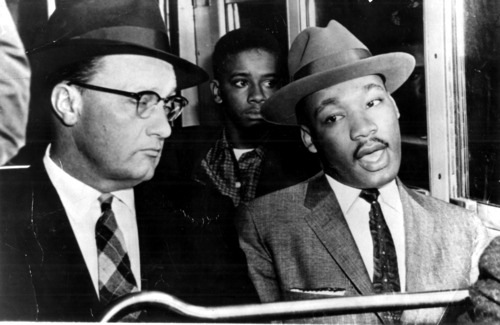 I was thinking this morning about Glenn Smiley.

We arrived in Los Angeles around 1988 from Zurich, where we’d been immersed in the study and practice of Processwork, daughter of Jungian Psychology. Jean-Claude Audergon (my partner) and I were dedicated to find out more about how these methods could be applied to community facilitation and violence prevention.

This was during a time when violence was on the rise among gangs in LA.  In 1990, an organisation devoted to trying to prevent violence invited us to facilitate a forum, among a large group of young people age 6-18, from different gangs. We did this together with David Crittendon. (Those kids were just amazing, the process inspiring, but that’s a story for another time.) A woman who we met during this work became very interested in our work. She was assisting Glenn Smiley and thought he might want to meet us. She told Glenn about us, and he invited us to his office.

We felt honoured to have this opportunity to meet Glenn. But, only now, do I look back and realise what a privilege this really was. Glenn Smiley was a leader in the civil rights movement. He worked with the Fellowship of Reconciliation, studied Gandhi’s principles and practice of Non-Violence, and visited Dr. Martin Luther King in Montgomery Alabama at the time of the Montgomery Bus boycott. Smiley stayed in Montgomery throughout 1956, trained King in methods of Non-Violence, and was one of the people who influenced King’s commitment to Non-Violent action.

In case you are not familiar with the story of the Montgomery Bus boycott, this is an important story in American history, and indeed world history… One day in 1955, Rosa Parks refused to get up and give her seat to a white customer on the segregated bus. I recall her saying in an interview “I was tired”. It was clear she meant plain tired that day so she didn’t feel like getting up, and she was tired of segregation. She was arrested. Martin Luther King with others led the Montgomery Bus boycott that followed. Blacks stopped riding buses. Everyone walked. Those who had cars gave rides to others. Black taxi drivers gave rides for 10 cents. Police accosted boycotters. King’s house and four Black Baptist churches were firebombed. Martin Luther King gave a speech to the African American community… “We cannot solve this problem through retaliatory violence… we must meet violence with nonviolence.”  The leaders of the boycott (including King) and carpool drivers were indicted for conspiring to interfere with business. After a Supreme Court decision, the boycott that had started on Dec 1, 1955 officially ended on December 20, 1956. Buses were desegregated. Moreover, the civil rights movement was emboldened. In time, the US civil rights movement and its emphasis on non-violent civil action had in turn influenced movements around the world. (I’ve written only a summary here, but it is important to mention that the successful outcome of the Montgomery boycott did not come without vicious violent backlash, including death threats, assaults, and bombs against the black community.)

Here’s a photo of Glenn Smiley with Martin Luther King, on the day the Bus strike ended.

Sitting together in his small office filled with papers, Glen was curious about the methods we were practicing.  We told him about the methods of Processwork and Arnold Mindell. He was particularly interested in our description of ‘inner work’, working internally on the polarisation’s you meet in the outer situation, and how this helps to facilitate in situations of conflict, without getting further polarised. Glenn’s eyes sparkled. He shared stories that were very personal and emotional about the self-discipline, learning and commitment involved in those early days of the civil rights movement – how he and black colleagues would use methods of non-violence, going into segregated tearooms in LA, and sit at the counter.  He described the inner discipline they had to use when asked to leave, in order to not enter the fight, nor to become passive. I recall Glenn emphasising as Gandhi did in his writings that Non-Violence has nothing whatsoever to do with passivity. One of the lessons I learned from his stories was the possibility of a seamless link between spirituality and politics, awareness and action.

He also told us that he had suffered from a number of strokes, and had been unable to speak for 15 years. One day he could speak again, so he used this ‘privilege’ of speech to now lecture frequently (!)

Glenn invited us to a celebration and lecture. I believe it was the opening of the Martin Luther King Centre in LA.  It was in a spacious hall.  We walked in – a lot of people were mingling about. I remember Glenn making me feel like a special and honoured guest and I believe he made every single person in that room feel the same way.  He was that kind of elder, working quietly in the background, inspiring and welcoming you to take an active part in this world, and know that you matter.